July 10, 2012 | Admin | Technology Information |
Microsoft Released the latest Windows 8 preview.
I have been reading some of the Microsoft blogs, and although this release still has the Aero interface (That glassy look)…according to a blog post by a Microsoft Employee this will be gone in the final release:
http://blogs.msdn.com/b/b8/archive/2012/05/18/creating-the-windows-8-user-experience.aspx
He even went on to say: “…(The Vista and Windows 7 Interface) looks dated and cheesy now”
It was released 3 years ago – not 20. I don’t see it as dated at all.
From an IT perspective this is quite alarming. This attitude tells me they really want to abandon everything and go with Metro 100%. I remember the headaches when they changed Office.
Users would quite often ask for the “old way it worked”..or “Where did all the menus go?”. I know users that still feel they were more productive in the older versions of Office.
If the Metro interface will be the only way to interact with Windows, then you are going to have a load of pissed off users out there.
Lets look at the new version:
It has better driver support, and seems to be faster. Like the previous release, when you log in you are shown a tile view (This is called the Metro Interface) to navigate around: 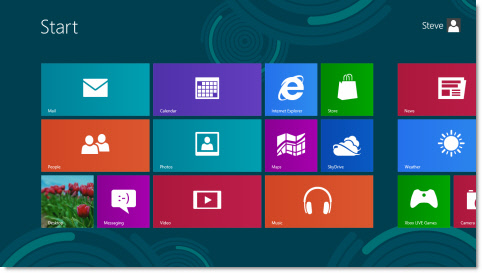 You can get to the old desktop by clicking the “Desktop” tile in the bottom left.
The first thing you will notice, like the latest Windows 8 server preview, there is no start menu: 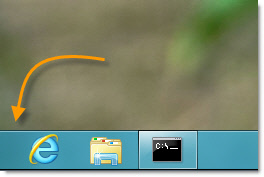 This fact is a source of constant frustration. Almost 20 years of clicking start is thrown out with this release.
Now that the start menu is gone, how can you easily get to the control panel?
There is no tile that says control panel, and when you go to the desktop, there are no links to it.
If things stay this way, imagine trying to walk a user over the phone to try and fix a simple problem…like say changing the DNS entries on their network card.
Thankfully our Remote Control 5 works perfectly with this release…so that might not be a problem if the computer is still on the network

Eventually I made a shortcut on the desktop to the cmd prompt and used that to launch the control panel: 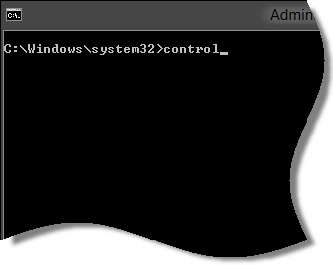 None of the control panel applets have changed, they are identical to Windows 7….so I won’t show them here.
Now back to what it will be like for the average user in your organization.
Most of the tiles you see on the main screen are links to Metro applications. These all run at full screen, and have a smoother look and feel to them.
I want you to look at a metro app running on my system. Specifically the weather app: 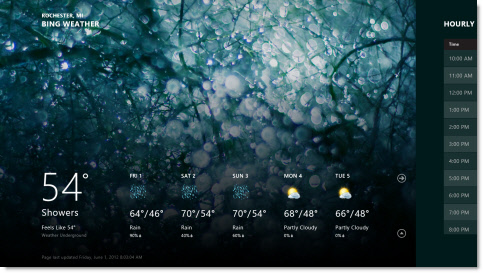 I have a question for you…do you see an intuitive way to go back to the main screen?
It is none of the arrow buttons.
I tried swiping the mouse from left to right, top to bottom…nothing seemed to work.
To get back you have to click at the very top (not even a few pixels down) and drag down (If you have a touch interface you can swipe with your finger this way too): 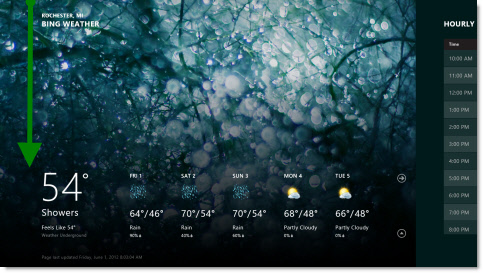 This is sure going to be an exciting change for users. I can just see it now…the power button as a new way to exit Metro apps.
On the positive side, I like what they have done with the task manager. I don’t have the Windows 8 Server preview to compare, but it looks like they have added more functionality to this release.
Look at the concise view they have of all system resource usage: 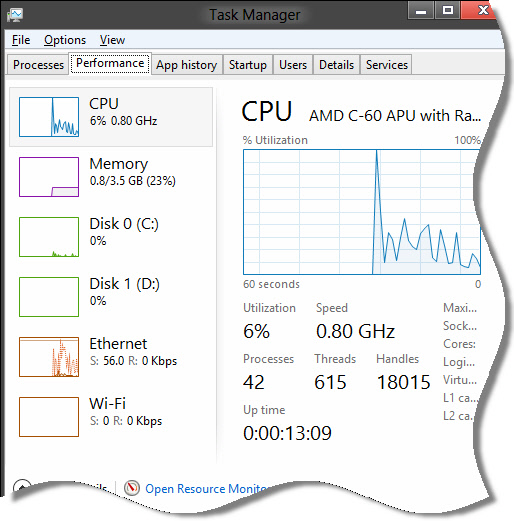 Many of the user interface design changes are very similar to the Windows 8 Preview I talked about a few weeks back..so I won’t repeat them again. Most of these are great improvements, but they are totally overshadowed by the huge change that the Metro interface brings to the table.
It really is a sad fact that the Metro Interface is a change will haunt you for years…just to make it look different.
I think it is a big mistake. If you don’t agree, ask yourself…when was the last time users in your company or organization were jumping for joy when you made a massive change to the way their computer worked.
For me the answer is never.
Why not go with both? Metro for touch based systems, and classic for mouse and keyboard.
Someone is going to make a mint creating a classic interface for Windows if Microsoft does not include one.
You can download a copy of the Windows 8 Preview Here:
http://windows.microsoft.com/en-US/windows-8/download
Tags Criminal Justice Fast Track Good Job Graduates High Paying Jobs High School Education New Opportunities Online College Degree Possibilities S College

Internet Home Business Continues to Flourish, Be a Part of It