Who Owns Your Social Identity?

December 8, 2011 | Admin | Technology Information |
Think that username you use all over the Internet is yours? Maybe not. 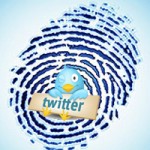 Imagine if you woke up one day to find your blog had been renamed without warning by your hosting service and your user name given to someone else.  Or what if Twitter decided to give your username away?
According to IEEE Spectrum‘s Steven Cherry these things can happen. To find out how much ownership we really have over our online identities, Cherry interviewed technologist and journalist Tristan Louis on his weekly podcast who talked about what he learned after studying the Terms of Service agreements for sites like Facebook and Twitter.
Ironically, Louis told Cherry that if Twitter wanted to collect all of Cherry’s podcasts and sell them to the highest bidder, or take all of his tweets and put them into a book, it could legally do so. While Louis said Twitter’s TOS are actually very readable compared with other sites filled with legalese, its terms put Twitter, and not users, in control of content on the site.
Louis said Facebook, which is commonly blasted for its privacy policies, says it will at least alert users before moving them to another account name, as well as give them a right to challenge the decision.
To hear Cherry’s podcast with Louis, go to IEEE Spectrum.
Tags No Tags