Time to Consolidate Your Data Center

December 8, 2011 | Admin | Technology Information |
Old, overgrown dinosaurs of data centers may be costing your business more than you realize. Hereâ??s what to know if youâ??re considering consolidating them. 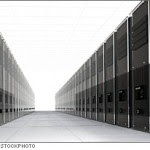 More and more small-and medium-sized businesses are thinking about consolidating their data centers, as a result of having grown haphazardly or through many mergers and acquisitions. According to a 2006 report by tech research firm IDC, 80 percent of U.S. IT organizations are consolidating and in 2009 global spending on IT consolidation should hit $25 billion.
“Most of these things aren’t planned and then executives wonder how in the world they’ve grown to the number of servers they’ve got,” says Cal Braunstein, chairman and CEO of research at the Robert Frances Group, a Westport, Conn. IT consulting firm. “They need to add another application, and somehow before they know it, each of these applications are on different servers.”
And, oftentimes those different servers can be in different rooms, on different floors, and even in different cities.
M&A activity sparks consolidation
One big driver of data center consolidation is the rash of mergers and acquisitions that leave the new entities with IT systems that are often incompatible, sometimes burdening even forward-looking companies with outdated systems from a company being acquired. “CIOs are telling their CEOs, ‘Could you please buy a company with the same IT platform and infrastructure?’” says James F. O’Grady, the director of technology value solution for Hewlett-Packard Financial Services.
Why consolidate when it’s an expensive undertaking? Let’s start with those systems that are the product of mergers and acquisitions. All the little band-aid fixes to make these systems work together may be costing your company money — not to mention resources — that could be better spent elsewhere.
Even without mergers, small and medium-sized businesses tend to be sitting on a lot of older servers being kept around in order to save money on costs of new equipment. However, since many of these machines have poor utilization rates, they aren’t necessarily the best use of money. Braunstein estimates various utilization rates of different systems as follows: mainframes (75-90 percent), Unix (10-20 percent although some achieve up to 60 percent), and Windows-Intel systems (5-12 percent).
High maintenance and licensing fees
On top of having all this old equipment around, there are high maintenance costs and licensing fees, not to mention the issues of power and cooling for all your machines. “Two years ago no one cared about power and cooling,” says Braunstein. But now that energy costs have skyrocketed, businesses are starting to be more aware. Costs for power and cooling could run 40 percent of your run rate for operational components for your data center. Consolidation can mean lower power output, says HP’s O’Grady. If you have five data centers all over the country and you really only need three, not only will consolidation save on power costs but will also save on labor costs.
Those are big numbers that could be made smaller through consolidation. On average, says Braunstein, hardware costs tend to be 15 percent of overall costs.
What it means to consolidate
Consolidation can mean different things to different businesses. For some, it’s reducing the number of data location center locations and moving equipment to places that have lower operating costs, according a March 2007 report by HP, titled “Data center consolidation: Financing options address more than just cost.” Two spaces in midtown Manhattan dedicated to holding IT are more expensive to maintain, than say, combining them both into a new one in northern New Jersey. With telecommunications advances, it’s more feasible to locate the data centers away from your office.
Another approach is to consolidate at the current site by putting in a converged voice-and-data network. Or you can save space by installing racks. With a vertical rack, instead of buying servers, you buy components that altogether look a little like an entertainment system. Blade servers work on the same concept as a rack but are even more condensed. A blade comes in a smaller box, so it slides in vertically. You can get a number of these going across a couple of rows, giving you a tremendous amount of capacity in a small space.
And, then there’s the virtual approach. Companies can virtualize their servers by running many systems in a single box. Not only can that save space but it can also up performance; instead of running at about 10 percent utilization, it can be at least 40 percent.
Paying for it
No matter how you undertake it, consolidating your data center is going to cost money. According to HP, often you’ll have to keep the old data center running as you’re setting up your new one. Or, you can set up a temporary facility — using the same type of old equipment — as you’re taking apart the old center and setting up the new one. So, you could potentially have up to three data centers running at the same time before you get everything sorted out.
Companies, like HP, and IBM, and to lesser extent, Sun, who are all in the data center consolidation business provide financing options, including leasing, short-term equipment rental, and help with the recovering of money from asset sales. They also work with the customer to apply some of the costs to covering the purchasing of new equipment.
Another approach, says Braunstein, that may make sense, is putting the new data center inside one of your current spaces. “You could consolidate it piecemeal so you don’t have to go beyond the bounds of existing data center,” he says. “It takes longer this way, however, it’s a good approach because you get to see what works as you go along.”
Tags No Tags