December 8, 2011 | Admin | Technology Information |
Four steps you can take now to get more mileage out of your cell phone battery. 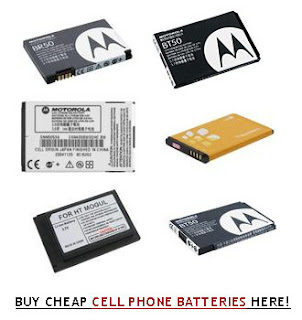 The idea that mainstream technology is built to eventually malfunction may be less of a conspiracy theory and more grounded in fact than we realize. This is for a couple reasons. First, making long-lasting equipment is expensive. Second, companies want you to come back and upgrade your equipment periodically.
For cell phones, the life span seems to be about two years. The main threat against cell phone durability isn’t the memory card that holds the address book, nor the fancy screen that shows the numbers. The problem is: battery life. After a year or two of reliability, older phones may last a day on one charge, if not just a few hours.
Fortunately, there are precautions you can take to extend battery life:
Bad habit #1 – Charging Every Day
It’s a habit, especially for travelers: Get into the hotel room, search for the nearest available outlet and plug up all rechargeable electronics before settling in. Unfortunately, according to a T-Mobile spokesman, this very practice can drain life from your cell phone battery. Cell phones, iPods and other rechargeable electronics have so-called battery memory. When first bought, your cell phone is prepped to charge fully each time you plug it into an outlet. Repeatedly charging your phone when it has, say, half power actually lowers the capacity of the battery. It gets used to holding a half charge.
Solution: Charge every other day. The average cell phone charge last about three days. Unless you’re a risk taker, it’s probably not a good idea to wait until the third day (after all, this isn’t an exact science). A more realistic goal is to plug in your phone every other day. Not only will this improve long-term battery life, but it also keeps you untethered for half of the week.
Bad habit #2 — Keeping Your Cell Phone in Extreme Temperatures
Most people don’t have business in Antarctica or the Sahara, but leaving the phone in a hot summer car or a cold office will hurt battery life, too. “A common mistake made by cellular phone users is to leave their battery pack in their vehicle during the heat of day,” Motorola warns. “A car’s internal temperature can exceed 80 degrees Celsius, and the temperature of a dashboard with direct exposure to the sun can exceed 120 degrees Celsius.”
Solution: If it must be stored, keep it away from sunlight during summer. In winter, keep that phone well-covered or close to a warm body.
Bad habit #3 — Being Disconnected While Indoors
Twenty years ago, having a cordless phone at home was a luxury, but now it is standard. As such, we aren’t used to having a wire keeping us in place – even if we’re talking on a cell phone five feet away from the outlet. The constant depleting and recharging will wear out batteries no matter what precautions are taken, so it’s essential to use your cell phone’s battery power only when necessary. If you’re stationary and by an outlet, plug in the phone. The cell’s power will then be taken from the outlet, not from your battery.
Solution: Charge while talking.
Bad habit #4 — Keeping the Cell on 24/7
The beauty of cell phones is that, dead zones notwithstanding, we can be reached at any time. We tend to leave them on all day and all night, and complain when they break down from exhaustion. What people don’t realize is that cell phones, like computers and other technological gadgets, need a little rest. Downtime allows your phone to cool down, while turning on the phone anew will refocus its coordinates (which may help you get better reception).
Solution: Turn it off. Shut it down periodically, ideally at least once daily. Fives minutes will do.